CHOOSE THE PATH THAT SCARES YOU THE MOST 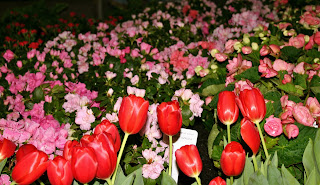 Twitter from my perspective is a social media outlet allowing bits of information to flow from one person to the world. A tweet has a 140-character limit. That in itself is genius. As a writer I practice editing, while sharing my thoughts on Twitter. When I joined on March 14th, I followed many of the recommended Twitters. I have kept a few of them over the past month, but my community has grown tremendously.

In the beginning I suffered from the initial “Hey if I follow you, why wouldn’t you want to follow me back? I’m nice. No, really I am.” Well that way of thinking does not cut it on Twitter. To understand the site’s importance you must engage in two-way communication with other people. There are many sites that promise to teach you how to grow your followers to 10,000 and more. Twitter for some is a popularity contest. Let’s say you go down that path, and you succeed in enticing 70,000 people to follow you …what now? Are you able to connect with your followers in a way that leaves both parties feeling fulfilled? If your answer is Yes, then my friend, you are a superstar. If you are wondering, I believe there are some individuals on Twitter who can do this. I am just not one of them.

The decision of why to use or be on Twitter is as unique as the people using the site.Twitter provides platforms, audiences, communities and friends. There are so many people on Twitter who have made an impact on me. Every Friday, we have #followfriday, a day to recommend people to others. It took me a while to figure out the concept but once I did, I embraced it completely.

So if you decide to try Twitter, and yes I am speaking to all of my non Twitter friends…you know who you are, here are some of the people that I love. I have set categories for each group so you know why they mean so much to me.

The first group consists of people who get me. I see them as friends, with or without Twitter.