YOU, ME AND ADHD. 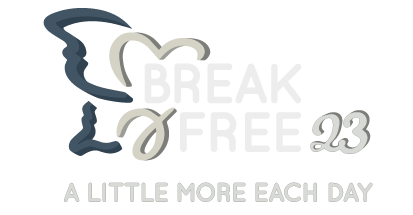 Thursday April 15th, 2009, we had just arrived home after an hour of practicing my driving techniques in the Memorial Center parking lot.

I strode towards my computer as Michael headed to the basement.   I had just sat down at my desk when I heard “I think there is something down here!”  The seven words every woman is dying to hear.

So I asked what any reasonable woman who has watched one to many horror movies asks “Is it alive and moving?”

To my utter dismay Michael said “Oh, yeah.  I think it’s either a mouse or a bat.

All the warm fuzzies I had for Peterborough vanished in that moment.  New words filled my mind.  Most of them were not so nice.  Michael suggested I venture down to the basement to take a look.  Hmmm let me think about that..how about NO!

But I did go down to the basement, fighting with every rational thought.  I entered the office and looked up.  I heard it scurry before I saw it.  When it passed over the glass panel it looked white and small.

“It’s a mouse.” I announced cheerfully.  Whoa. That was close.  I left the room to get ready to watch 24, when I heard Michael start to yell.  “Oh it’s not a mouse.  It just tried to get out.”

No good was coming from tonight.

I suggested the only sane thing I could “Let’s close the door, in case it gets out. It will end up just flying around the office.”

Michael agreed and we shut the door.  We waited a few minutes before starting the show.  It was quiet.  No scurrying, no squeaks, no nothing.  Michael mumbled something about maybe it had left.  I being the loving and supporting wife that I am chose to agree!

We sat on the couch and I faced the door to the office and Michael sat across from me.  We started to watch 24, and rather quickly I was swept up in Jack Bauer’s world of intrigue.

Kim Bauer arrives to see her father.  She has searched for him for months, always one step behind him.

The bat flew towards my head.  I ran, Michael ran, and Buffy ran.   I am not sure how we did not trip over each other as we bolted upstairs, the only escape route.  As I got to the top of the stairs I slammed the door behind me.  Yes, Michael and Buffy were already up there.  They had beat me to safety.  Who knew they were that fast.

After an eternity, Michael decided he would try to capture the bat in a net so he could set it free outside.  He crept downstairs and saw the baby bat.  It was hanging on the blinds of our basement window.  After two attempts Michael had the bat in the net.  The baby bat cried, and I thought to myself..Ahhh…oh, I hope it’s Mom does not come looking for him.  I held the door open as Michael took the bat outside and watched it fly off into the night.

What lesson did I learn from the evening of April 15th, that when it comes to bats, Michael rocks with bravery, and I, well, I did much better than I ever imagined.