A DARK LESSON IN CREATIVITY 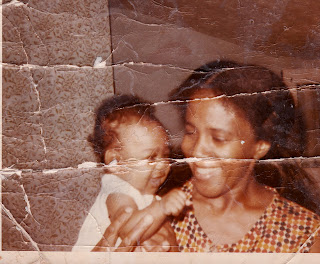 I was young, maybe nine or ten years of age when it happened. We decided to do a bit of shopping at Fairview Mall after my accordion practice. (Once you stop laughing, please continue). By the time we ate dinner and finished walking around the mall it was close to 9 pm. The walk from the bus stop to our home was approximately 10 minutes. On a winter night like this one, the time had the possibility of increasing. The sidewalk covered with remnants of the afternoons’ sprinkling of snow was slippery.

We approached the building that housed my former daycare. Something caught my eye as we passed the driveway which led to the underground parking lot, possibly a shadow, or blur. I decided to look back. Two figures hunched down, leaned against a cement wall. Since neither took notice of me, I returned to listening to my mother.

All was quiet except for my mom’s voice. I never heard them.

Pushed to the ground by an unseen force my world blurred. I watched three figures fighting on the road in front of me. Seconds felt momentous. Then the world stopped spinning, and as clarity resumed I focused on the three figures. My Mom shielded her head as Assailant #1 hit her. Assailant #2 did his best to keep away from the blows as he tried to grab her purse.

I heard her scream. Wow. I had no idea how loud her voice could reach. Soft spoken was an understatement when it came to my mom. One of the men forced her on to the ground. I heard someone yell. Thank God. Help was coming. The shouts from my hidden saviour grew. The person, now screaming, sounded young. Assailant #2 turned in my direction and seemed to freak out. He suddenly took off.

It felt as if someone pushed the pause button, because everything stopped. Assailant #1 stood there and stared in the direction of his partner, as he ran off and the night blanketed his silhouette. Then “Play” was resumed.

He circled around my mother, she was his prey.

He moved as if he had all night to achieve his goal. Maybe he did. My rescuer had not shown her face. Yet that did nothing to diminish her screams. He took up both straps of her purse and pulled. My Mom pulled back. She refused to let go. The tug of war did not end until a set of lights started to gain on him. He was determined not to leave without his prize. The car came to a stop behind him. Then I guess it must of hit home for him, perseverance over stubbornness. He bolted in the same direction as his partner.

Someone got out of the car and rushed over to my mom. With his aid my Mom stood up and hobbled to where I remained frozen. A firm hand gripped my arms. I felt them, as they began to shake me. To this day I wonder if either he or my mom hit me in the face. I never asked. I was snapped out of the trance. The screaming stopped.

A police car stopped in front of us. That was the last thing I remember from that night.

I took for granted the easiness of life before that night. I am always grateful for my assailants, simply because they sought only one thing. They were kids who wanted money. That was it. They had no desire for anything else. They figured we were an easy mark and they went for it. They did not expect the fight that ensued from my Mom. My Mother’s friends reprimanded her actions for not letting go of her purse. The “What If’s” came out in truckloads. What if they… You can guess what the comments were. She did not care. She earned a meager income and had received her Christmas bonus. No one was taking it away from her.

Keep in mind; guns were not as prevalent back then as they are now. Muggers mugged you and then ran away. Or at least that was the prescription for the two boys, our assailants.

I lost the ability to walk without looking behind me. The fear that someone would grab me from behind remained a constant companion. I spent the next year or so being afraid.Regardless of the time of day, I needed to know who was behind me.

The reason I shared this story with you was not to pinpoint the fear but rather to help you understand what strength can arise from that fear. With time, I started to walk without turning around. One day, I stopped wondering who was behind me and I just walked. How did I finally get to that place: Plenty of time, and the growing belief that I was not a victim.What happened to my mom and I was horrible, but I refused to let my life be dictated by it. I learned to walk with a purpose. I never allowed my guard to fail when I was walking alone or with others. If someone decided to follow me too closely, I turned around and faced them. You would be surprised how quickly that simple act changes the mind of a possible aggressor. They suddenly understand one fundamental truth: You are not afraid.