TRIALS AND ERRORS – PART ONE 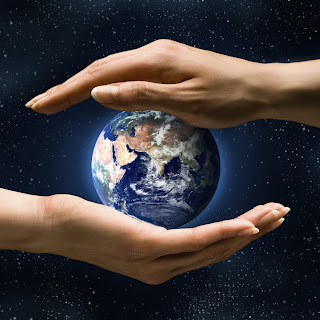 Our lives are filled with Trials and Errors. If you think about it, neither word sounds engaging. The word Trial has an air of trepidation that surrounds it. While on the other hand we have the word Error, well that just plain sounds unpleasant. Who likes to make mistakes? Yet each day we encounter both trials and errors. At times they are so mundane that we do not realize we are going through one. The act of getting out of bed, can present a huge trial and error scenario for some.

Trial: The act of physically leaving the safety and comfort of your sleeping quarters

Error: The act of physically leaving the safety and comfort of your sleeping quarters – Depending on the outcome of your day!

Trials are the ups and downs that we go through daily. They are our moments, seconds, and breaths, which make up our life. For us to move forward to reach our next goal, achievement or even to reach for the remote, we must visit the land of Trials. Moving to Peterborough was a huge Trial for me. Not that I was opposed to living here, it was the truth that my life would change forever. A new life which forced a physical distance between my friends and I, and a loss of a job that I loved, remained at the forefront of my stress as my first winter in Peterborough embraced me. I kept busy and by the February I was working full time on a contract basis. I journeyed back to Toronto to visit with friends, and some ventured to Peterborough to spend time at my new digs. Now before you think, this is one of my “let’s all hold hands and sing” posts…let’s move on to Errors.

As Spring turned to Summer and new trials revealed themselves, I realized I needed to decide what to do with my life. With my contract ending at the end of August, finding a job became my sole focus. The idea of moving back to Toronto started to take shape. The opportunities for a new job seemed more viable in Toronto. My home. At once I became a networking maniac. I contacted friends, ex bosses, and co workers to discover if I could obtain a good job in TO. The news was positive.

Just a quick side note, it does pay to be your best self and perform at your highest level at work. People will take notice. And the result can be the difference in someone taking your call and someone not returning your call.

During this period the Error portion of this tale bubbled to the surface.

“Looking back, don’t you think this was a huge mistake?”

I was asked this question by several people. To which I replied with a perfectly polished response. My answer satisfied them and a new path started to emerge, with returning to Toronto as my prize.

One of the numerous Trials I had kept at bay decided to push itself front and center. The problem was that this one was a biggie! It seemed as soon as Mr. Biggie Trial broke through the door..more Biggies followed. One after another Trials mounted and I found myself on the verge of regret. Regret for the move, regret for my former position, and regret that I was so far from my network of friends…REGRET! The one word that I never associated with any of my decisions, now stared at me with a hint of triumph. Were they right? Did I make the biggest mistake of my life by moving? I wrestled with those questions for most of July. It was not a pretty month for this girl. I found that my writing suffered, my enjoyment of Social networking waned, and my outlook on life shifted towards the negative.