HEY TIA, I FINALLY GET IT!

MOTHER OF THE YEAR – NOT IN MY FUTURE

SO FAR, THIS IS WHAT I KNOW 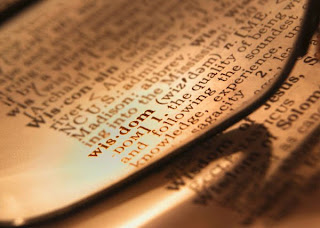 In a recent tweet I mentioned to my Life Coach and friend Tia Singh that all we worked on last year during our coaching sessions, now made sense. Don’t get me wrong, my brain understood all that was being said and asked of me. But my heart did not. I would envision my future and all that I dreamed of becoming, but at my core, I held tightly to my doubts. Could I actually become a well-paid writer, living a life filled with passion and gratitude? A year ago, the answer was no. With a full time job in the finance industry (which does not spark creativity, unless you are doing something illegal), a 2-year-old daughter and a life where I actually felt there were no possibilities. I was trapped. And all of Tia’s good intentions and coaching were parked into a small corner in the back of my mind. And for this, I am now eternally grateful.

A month ago, I had a meeting with a woman, who hoped to start a business. Her excitement and optimism for life was refreshing. As she shared her plan for the future, I interjected with “I think you can do this.”

Her answer was, “I know this will happen.”

It was said with such conviction, that I had no reply. She must have noticed that I looked dumfounded, because in her next breath she said three words that awoke me from my internal sleep.

At the end of our hour long discussion, I was hungry. Something was missing from my life, which I could not put my finger on. She became my trigger. She mentioned a book, which I had heard about, but not read. This book, I felt was one of those hokey, faux spiritual, make you feel good for a second, waste of money and time purchases. Sometimes it is such a joy to be wrong!

The book was, The Secret, by Rhonda Bryne. Even after that life-changing meeting, it still took me over a week to decide to purchase it. On Wednesday, September 29th, The Secret and Tia’s coaching began to work their magic in my life. Or rather, I was ready to embrace them. As I read, took notes, laughed, and smiled, I realized that much of what I was reading, I already knew and believed. From as early as I can remember, my Mom has said, “Your thoughts can condemn you. What you think has power.”

Fun stuff, for a kid. But, I listened to her. Whenever negative thoughts would enter my mind, I would fight them. My Mother had a plan for me. It never wavered; first high school, then university, and finally I would be rewarded with a good job. I recall a day in my teens, when I got on the bus and started up a discussion with the bus driver. He asked me what I planned on doing after high school, to which I replied that next up on my plate was university. To this day, I am thrilled that there were no cars in front of us, because that man spent way too long looking at me in disbelief than was necessary. I, on the other hand was a bit confused by his distrust of my statement. There was no other option. My path had been grilled into me and I knew no other outcome.

Memory after memory all summed up to one conclusion. What I desired most, I received. What I knew to be true, even before it came to me, became my reality, some good and some not so good. Now, years later, I am humbled to take the teachings of my Mother, with the knowledge of The Secret and combine them with Tia Singh’s insight. Together with my new found spark for life and an honest belief that what I want will come to pass; I live a life overflowing with love, and gratitude. And my reality is whatever I want it to be.