What is a Brand or a Brand Name?

Merriam-Webster’s definition is as follows:

a : a class of goods identified by name as the product of a single firm or manufacturer

b : a characteristic or distinctive kind
c : brand name

2: one having a well-known and usually highly regarded or marketable name 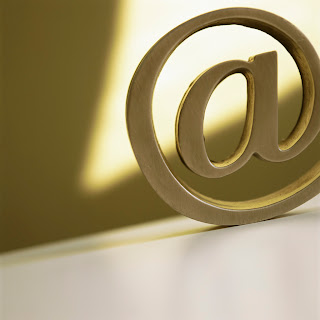 Do the following names invoke a reaction – @McDonalds, @NHL, or how about@adamsconsulting, @insanetruckdriv and @mistygirlph?

For those who earn their keep by delivering the corporate significance of their company through marketing, this post may not be for you. Instead the focus lies on those individuals who decided to create a Twitter account just for the heck of it.  The concept of 40K followers in a few days did not enter their minds.  Rather, the hope of connecting with those who shared similar interests in a online medium won their interest. Within weeks, their follower counts lay in the hundreds, in a year, that number grew to thousands. Your tweets were re-tweeted frequently as you displayed a consistent level of interaction with those you followed and people who followed you.

Thankfully I am neither a guru nor an expert on the matter of brands, but I am observant. Is it possible that everyday people leading unique lives have inadvertently turned themselves into brands? We register a brand not only by the feelings that emerge when we see the name of the company, but also by the company’s identity in the world.  While your Twitter name may not be on a billboard in Times Square, it is placed in a location that holds infinite power, cyberspace.  What you choose to say in each of your tweets is a reflection of who you are and therefore an imprint on your personal brand.  Take this thought one step further, what happens when your twitter handle and your website are the same name?

A corporation’s marketing department will have strategically arrived at a plan to garner followers through a strong online attendance. Their motives are clear, reach out to as many people as possible in hopes of generating sales and increasing the bottom line. How they choose to use social media, as a tool is a debate left to others. The name of the company and the ties surrounding social media become one and the same. McDonalds the company is McDonalds on Facebook, or @McDonlads on Twitter. The company has the opportunity to present a human side to their firm. It is expected in this day and age for companies to adopt social media into their business plan.

When it comes to people who lead wonderful lives, yet are not corporations, an interesting event starts to take place the longer you are involved in various social media arenas.  Your online presence ignites. What you once thought were a handful of harmless tweets, suddenly becomes the foundation for your personal brand.  Still not convinced, then type your Twitter name into Google. Please, try not to freak out. How many pages did you go through before you stopped seeing your name? One, two, or six? The reality is simple, whether or not your intention was to create a social media existence, there you are.

Knowing this, will it change your next tweet? For one thing is certain, once you convey a message into the World Wide Web, the chances of your thoughts, ideas, rants and virtual life disappearing are slim to none.