THE STORY BEHIND THE SMILE

NOURISH THE SOUL-23 WAYS TO BE HAPPY

WHERE DO I BEGIN 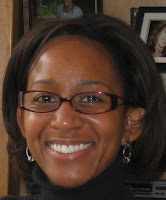 When I first joined Twitter in 2009, I honestly had no idea what to expect. Back then having a picture, a logo, or a work of art, as your avatar was not as prevalent as it is now. I followed the recommended list Twitter provided of people from all walks of life, with Ashton Kutcher being one of them. He shared a tweet listing helpful hints for new users to Twitter. Having a picture of yourself vs. the generic icon provided for your avatar was noted as one of them.  So I decided to scan through my pictures on iPhoto until something jumped out at me. I first went with a silly picture of me at Disney.  From there, I posted a picture of me looking super fly in my sunglasses, followed by an assortment of other smiley pictures. Until one day I selected the picture you currently see on my profile.

In the beginning I was changing my avatar picture as fast as you could blink.  I remember my dear friend Diana,  aka @adamsconsulting, or Queen of the #BA75, tweeting that she could not keep up with all of my changing looks.  I took that statement to heart and decided to stick with one image, a simple picture of me smiling. There is nothing remarkable about the photo. It was taken on a very cold day, at a friend’s home, when Emma was a few days shy from turning four months. The house was filled with laughter, peace and warmth.  It was a wonderful day.  I now realize, that my profile picture captures a perfect moment in time in my life.

I decided for your amusement, as well as mine, to display a few of my various avatar pictures over the past two years.  After you have finished laughing, I would love to know the story behind your Twitter profile picture! 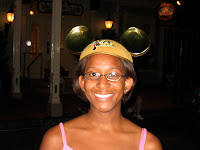 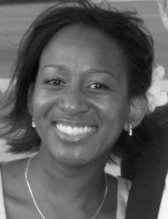 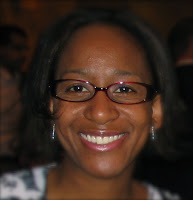 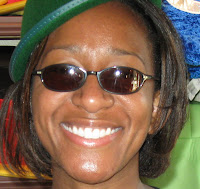