WAITING FOR THE MOMENT 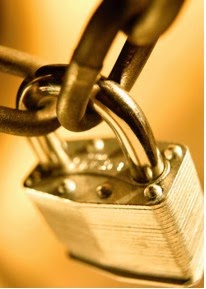 Have you ever waited and hoped for that moment? You know the one, the moment that would change everything for the better?  The moment when those around you would finally come to their senses and see how freaking awesome you are…well stuff it!  Stop waiting for someone to value you. Stop waiting for an external force to present you with that perfect moment all wrapped up, with a perfectly place bow on top.  Just stop already, and figure out how you can make that moment happen.

After graduating from university I held different positions within retail. I had worked in that industry on and off since I was 14. I was tired of it. I wanted, what I believed to be the pinnacle of success, a Monday to Friday, 9-5, office job, one that was in a tall building, with windows and desks, and not in a mall.  I would be surrounded by other office people, and we would hold office conversations, while we danced around our cubicles. Yes, that is what I believed.  I wasn’t that young, so I have no real excuse for that messed up vision.  Here’s the interesting part.  My boyfriend at the time, had a different take on my hopes to become an office worker.  On a normal day in July he shared his thoughts.  “You could never get a job in an office. You are not an office job person.  You are better at working in stores.  Office jobs are for other types of people.”  Oh really?  Granted you are only hearing my version of this story, but trust me when I say, I just played down his quote.

For a brief moment I took his words to heart.  Those few seconds caused me to doubt myself.  Then I got over it.  I moved from retail into a receptionist job at a health club.  After a while I was promoted to sales representative.  It was there that one of the members presented me with an opportunity.  He suggested that I come for an interview at his firm.  He said, “We can train you on the tech stuff, the fundamentals and the regulations, but what we can’t teach, is how to be comfortable with people and provide great customer service.”

On my last interview the second in command looked at my resume, reviewed my retail background, seemed perplexed at my degree in English and Film, and then shook his head.  He didn’t want to interview me, someone with no experience, no insight into the industry and no concept of what laid ahead.

Finally after what was a long, uncomfortable and a tad awkward moment of silence, he spoke. “Have you always wanted to work in this industry?”

It was a trick question. Interviewers ask it all the time.  They want to gage your level of desire for the position, the company and the industry as a whole.  I decided to answer with the truth.  I told him no.  This was the last place I ever expected to have an interview.  I am a creative and this place, well let’s just say, frowns on creativity. But I am good with people, and I believe that superior client service is important in every firm. The rest I will learn.

Maybe he liked my answer.  Maybe he didn’t care.  Maybe he felt bad that I had come in five times for interviews.  Maybe he wanted to go for lunch.  Who knows?

A few days later I was offered the position.

And the Manger, the one who sold me on the dream; the one who missed showing up for two of the five interview times and yes, the same man who hired me…had these words of motivation to share on my first day of my Office job

“Just so you know this will be a trial by fire.  You “f-up and we’ll fire you. Welcome.”

Either I learned to swim through fire, become the fire or rise above it, because I’m still here.